We are raffling off two tickets to Beyonce’s “The Formation Tour” in a quest to raise money for our trip to Boston, MA in April, 2016. 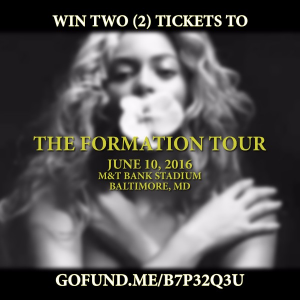 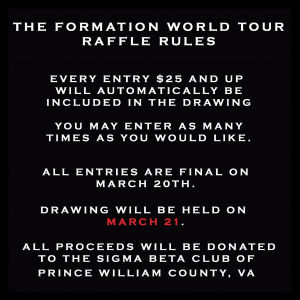 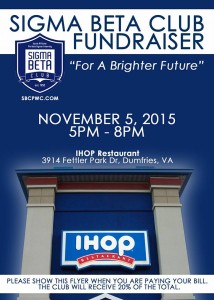 You did it! We did it!  With your support, we reached the goal of our first fundraiser. 13 donations in 9 days!

BACK TO SCHOOL LASER BATTLE 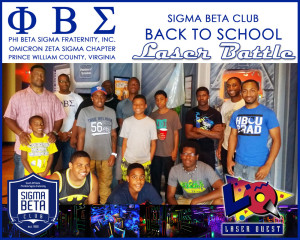 With the summer winding down and our youth about to begin a new school year, the Omicron Zeta Sigma chapter of Prince William County, VA (Northern VA) saw this as a perfect opportunity to reconnect with their Sigma Betas and encourage them to begin the year with a renewed spirit.  With chapter advisors in tow, new and returning members all gathered to spend an afternoon playing laser tag and speaking on their summer activities. Members of the Sigma Beta club traveled across the United States, as well as, internationally, including, New Zealand. Other members spent time with loved ones, and visited destination areas.

This school year will be an exciting year for all members and advisors, alike.  As we continue the Centennial celebration, our goal is to invoke the spirit of our history into all of their programs and workshops and continue the rich legacy of the Sigma Beta Club. 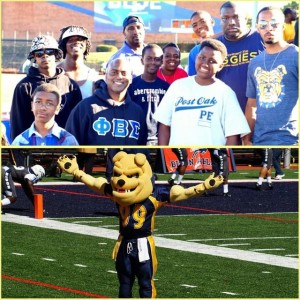 The Sigma Beta’s took in their first football game of the season and were also introduced to their first taste of Historically Black Colleges and Universities (HBCUs).